Will this work with my phone? | Print Quote 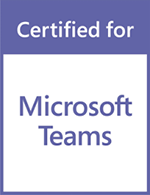 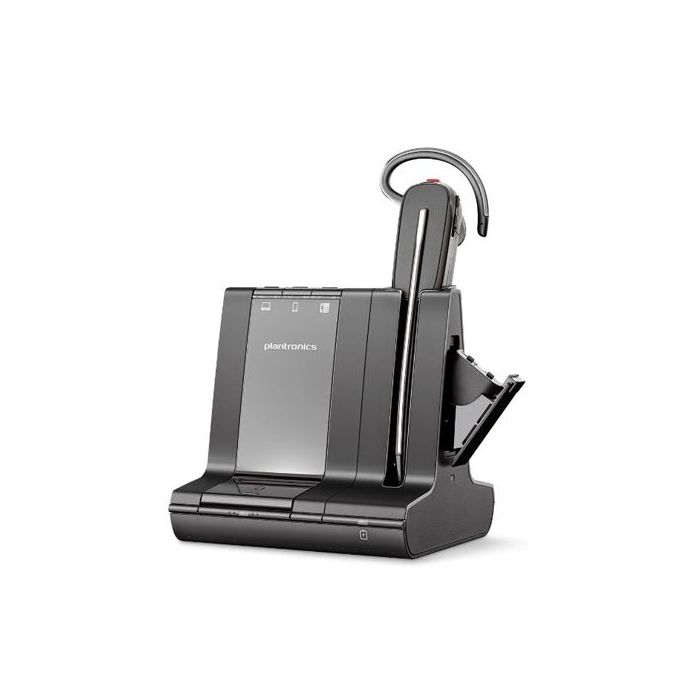 Availability: In stock in our NSW/QLD warehouse. 5 to 25 units.

ul>
Does this headset work with my phone? We send out all of our items with speed and security in mind - over 76,000 packages were delivered to Australian businesses by our Express Couriers last year alone.

Trusted by over 54,797 Australian Businesses

Join over 54,797 Australian organisations that have put their trust in our service and improved their communications. With our 100% satisfaction guarantee you know that when you’re with us, you’re backed all the way.

The new Plantronics Savi 8245-M Office is their newest all-in-one headset that works with your office phone, your computer and your mobile phone too. This 8245 variant has a limitless battery life - more on that later. This -M variant is certified for use with MS Teams and Skype for Business. It replaces the W745 model and has many of the same features (it looks almost identical)

The 8200 series are designed to work with desk phone, computer and mobile phone and it's simple to switch between devices. Do note however that the 'mobile phone' aspect is only in the office as the Bluetooth connection is from the base unit of the headset to your mobile. This means you'll just leave your mobile on the desk so it remains paired to the base.

If you'd also like to be able to take your headset out & about with you, have a look at the Poly Voyager Office Series (and call us BEFORE you get a headache from all the options with almost the exact same name!)

As with all wireless headsets you will need an accessory to answer calls from the desk phone when out of reach. We know, it seems crazy that even such a sophisticated headset as this can't perform this apparently simple task but there are so many different phones all with different requirements that this functionality just can't be built into the headset. We call it a RAD (remote answering device). It could be a standard handset lifter or a special 'electronic hook switch' (EHS) cable that runs from the base unit to the telephone - it all depends on which make and model phone you have. If your phone has a USB headset port you may not need this but at time of writing, those phones are as rare as hens' teeth and you could have a different ANC headset for that anyway. NB if you already have a Plantronics headset and you are just replacing it, you may not know you have an 'EHS' have a look at the set up. If you have a Poly/Plantronics lifter and your phone is not changing, this headset will work with it.

So let’s start by reviewing…

A 'tri-fecta' headset is a superb tool for professionals who need to interact with several touchpoints. Everything is so much easier when you do all that with just one headset. It can also merge the audio from 2 devices -eg a a landline call and a mobile call so you can have a 3 way conversation.

If you're working from home for a few weeks via PC and mobile, then going into the office using a desk phone as well, this little darling has you covered. If you're NOT going to use a desk phone, you're paying for tech you don't need, give us a call and we'll show you some alternatives.

The battery life on the 8245 is, essentially unlimited! The base unit includes a little slot to charge a second battery (included in the purchase). You can slide the battery out of the headset even whilst on a call and replace with a fully charged one. As long as you always keep the spare one charging you will never run out of juice.

Range is a magnificent 180m, but please note that's a line of sight range. As with all headsets, this is diminished by interference from other devices, walls, bouncing signals and other objects between your headset and its base unit. In a typical office, Poly estimates 55m as the average range.

As with all modern wireless headsets, this Savi has a noise cancelling microphone so your caller doesn't hear noisy colleagues. Plantronics have developed a new feature they call 'close conversation limiting' which can filter out voices around you really effectively so your CALLER doesn't hear them. As with all headsets this is best with a long mic so if that's important to you, have a look at the other models in the 8200 range.

The battery life on the 8245 is, essentially unlimited! The base unit includes a little slot to charge a second battery (included in the purchase). You can slide the battery out of the headset even whilst on a call and replace with a fully charged one. As long as you always keep the spare one charging you will never run out of juice.

For a headset that controls all devices in your office, with a variety of wearing styles to choose from and unlimited talk time, this little stunner is right up there and Plantronics/Poly is ALWAYS a popular brand

Other headsets You Could Consider Before Buying

As we've mentioned there are other wearing styles you may like to consider. Have a look at our Savi 8200 series page for all your options.

If you'd also like to be able to take your headset out & about with you, have a look at the Poly Voyager Office Series (and call us BEFORE you get a headache from all the options with almost the exact same name!)

We all love (and most of us now use) theJabra Engage 75 Series we find it very intuitive, and comfortable, however the earhook style of the convertible from Jable isn't great and the Sennheiser SDW 5016 offers an superb quality sound, takes a little bit of time to get to know but is worth that time!

If you don't have a desk phone (or have a snazzy desk phone with USB headset port), Bluetooth may be a more economical choice for you - range is generally max 15m in a typical office The Jabra Evolve 75 and 75e are proving very popular. The Plantronics/Poly B825 Voyager Focus and 5200 UC are also worth a look.

User Guide (881.73 kB)
Data Sheet (159.20 kB)
Read Me First (250.20 kB)
Plantronics_Savi_8000_Bluetooth_Activation_Guide (801.25 kB)
How do you rate this product?
Only registered users can write reviews. Please Sign in or create an account
Other customers already asked
I cant get the Bluetooth to work - the base wont go into pairing mode.

This is a really common issue. Poly/Plantronics ship the headsets with bluetooth disabled in the base. You just need to enable bluetooth on the base and you will be ready to pair to your mobile. Click the Support tab above and look for the file called Savi 8000 Bluetooth Activation. This will explain how to re enable bluetooth on your device. 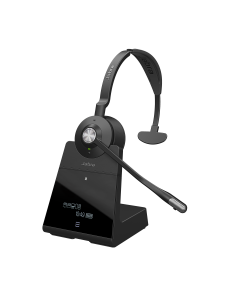