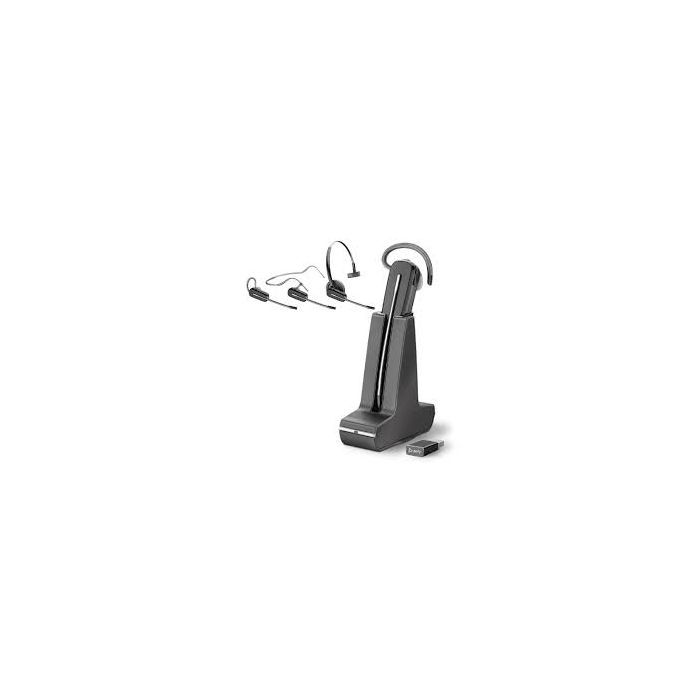 We send out all of our items with speed and security in mind - over 82,000 packages were delivered to Australian businesses by our Express Couriers last year alone.

Trusted by over 62,963 Australian Businesses

Join over 62,963 Australian organisations that have put their trust in our service and improved their communications. With our 100% satisfaction guarantee you know that when you’re with us, you’re backed all the way.

Designed for use with computer only, the Poly Savi 8240 UC is a DECT wireless headset. It has a modular design, allowing you to change the wearing style from headband to earhook to neckband and all are included in the box. The 8240 also comes with a charge stand and a standard USB dongle to establish a cable free connection. It's great for use with softphones, for webinars and online meetings as well as dictation and listening to audio files.

What does the -M signifiy? Certified for MS Teams. Err OK what does THAT actually mean? Excellent question!! It means there are a few Teams functions pre-programmed into the headset. Eg The ability to launch Teams on your desktop directly from the headset. Additionally if you have technical issues and call Microsoft for support with the programme, they will troubleshoot a Teams Certified device like this as part of the problem. That is not to say they'll offer overall tech support for the headset - Poly and Simply would do that. If you don't use it with Teams you will find this headset identical to the non Teams version.

This is NOT a Bluetooth headset. It uses DECT 6.0 which gives you the best sound quality and range. You cannot connect this model to a mobile and it must always be used in conjunction with the USB dongle.

This is an update on the Savi W440. The 2 eared version 8220 UC has active noise in the earcups to help counter background noise but as this 8240 only has one earcup, it doesn't have this feature (not much point cancelling out background noise if only 1 ear is covered!!). There's also a USB-C version for those who have USB-C connections on their PCs. If you don't know what USB-C is then you don't have one! However its a smaller version of a USB connection with rounded corners.

Having 3 wearing styles in the box is great if you're buying for a few people in the office and they have varied preferences for wearing style.That said, the 8240 does sacrifice a couple of features for this feature. The 8210 and 8220 variants have a super battery which lasts up to 13 hours. This model, however has only 7 hours which will further diminish according to several factors eg distance from the base, level of sound quality selected etc. You can set the headset to automatically use less power when it's close to the base unit. Luckily there's another model the 8245 UC which is the same design but with UNLIMITED talk time. So if you want that mix of wearing styles but need a full day's work out of the your headset.

The other downside is durability. Of all the Savi models the 8240 and 8245 are the least durable - you can tell just by looking at them that they are much more fragile. Staff will need to be a bit more careful with this model.

Range is a magnificent 180m, but please note that's a line of sight range. As with all headsets, this is diminished by interference from other devices, walls, and other objects between your headset and its base unit. In a typical office, Plantronics/Poly estimate 55m as the average range.

As with all modern wireless headsets, this Savi has a noise cancelling microphone so your caller doesn't hear noisy colleagues. Plantronics have developed a new feature they call 'close conversation limiting' which can filter out voices around you really effectively so your CALLER doesn't hear them. As with all headsets this is best with a long mic so if that's important to you, have a look at the Savi 8210 UCor Savi 8220 UC

NB The base unit will not ring when you get a PC call.  The base JUST charges the headset.

Noisy workspace? No problem. Invest in getting more done with the Savi 8200 Office and UC Series headsets. Tune out nearby noise and keep every conversation secure, private, and clear with close conversation limiting noise cancellation. Give your employees the freedom to roam plus long talk time—the unique hot swappable battery option even makes it unlimited (8245 models). With multiple wearing styles, you can let every member of your team pick their favorite or keep their options open with the convertible model. Wherever you work, the Savi 8200 Office and UC Series helps you be at your best all day long.

See product documents under the SUPPORT tab for more information

User Guide (517.28 kB)
Data Sheet (159.20 kB)
How do you rate this product?
Only registered users can write reviews. Please Sign in or create an account
Other customers already asked
No Questions 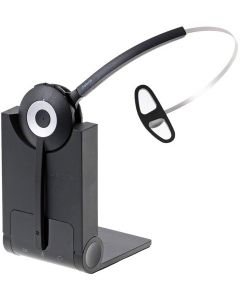